The 35-acre parcel, known as Goat Rock Conservation Land, connects two Town parks via a popular hiking trail, the Goat Rock Ridge Trail, which runs along the Wilbraham Mountain ridge for a little over a mile.

Hikers can access the trail via the main park, Hampden Memorial Park on Main Street, or at the Gerrish Park side at the end of Country Club Drive, which goes up off Main Street a couple of hundred yards west of the VFW.

There are two scenic vistas, Lookout Point at the east end of the trail, and the historic Goat Rock, at the west end near the trail head.

Originally called “Goat Rocks,” this site received its name in the late 1700’s after one of William King’s goats became caught in the rocks and died.

This parcel was acquired by Minnechaug Land Trust in 2010 and transferred to the Town of Hampden.

Here is a view from Goat Rock. The public is invited to walk on the trail. 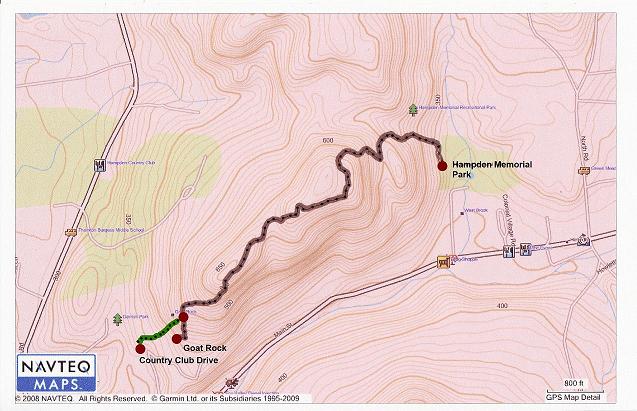 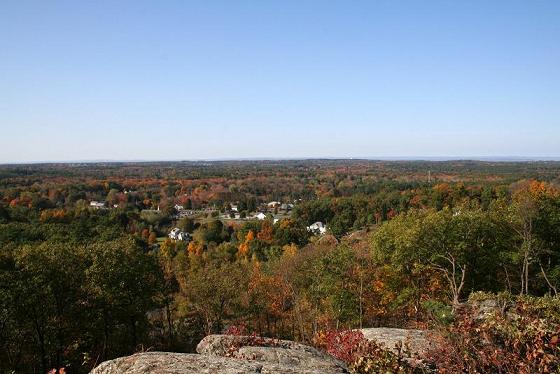